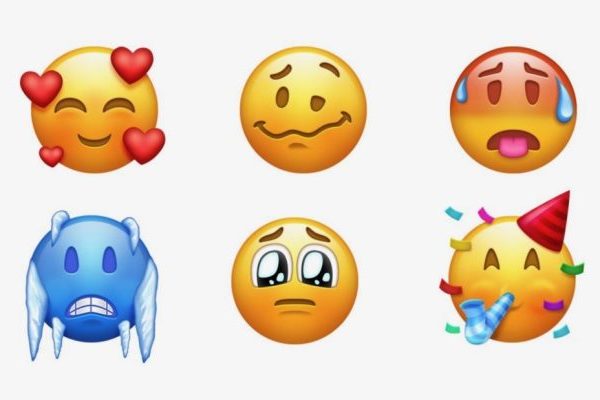 In previous years, telegrams were a communication method to express our journeys and experiences to our loved ones. Then, emails and instant messaging came into the scene, making our communication delivery faster than it was years ago. Soon, we have developed our own styles of writing with our mobile devices and computers.

Our words have become shortened, such as LOL and TTYL. With the creation of emojis, we have a more visual representation of what we are feeling. We tell our friends and colleagues about our health like using vomit emojis, woozy faces, and more with the onslaught of the pandemic. Get to know the top emojis that best describes your health.

This particular emoji is mostly used by people who are having a bad stomach ache or drunk. The vomit emoji looks like it is forcefully releasing a bright green substance that we usually see on cartoons and other animations. It has scrunched eyes and furrowed eyebrows that look like someone having a hard time vomiting. The emoji is also used in showing disgust.

Nothing beats a thermometer to show you have a fever. This emoji is the best representation for calling in sick at work or to your planned getaways with your friends. When you feel unwell, bedridden, or having a high fever, this emoji is the way to go.

This emoji is not only limited to describing a person. Some also use the face with thermometer emoji to show that their pets are sick. Depending on the social media platforms, this emoji comes with a flushed look making it more sincere.

If you have an injury or just came back from a back-breaking workout session, this is the right emoji to use. The face with head-bandage emoji has furrowed eyebrows like the other sick-looking emojis, a frown, and of course, the bandages.

However, you don’t need to get an injury to use this. You can also express hurt or pain about a sensitive topic with the face with head-bandage emoji. With its slanted frown, who wouldn’t feel the pain when they saw this?

Since the pandemic, everyone has been wearing facemasks lately. This emoji clearly describes what we’re experiencing right now. Before, this emoji was used to describe being unwell. With the emoji showing small slanted eyes and a white surgical mask, anyone would definitely know that you’re not feeling well.

Nowadays, this emoji is used to inform people to wear masks. Face with a medical mask emoji also shows that you’re out and wearing a face mask. People also use this to describe medical people, such as nurses, doctors, and more.

This emoji tells us that someone is feeling a little bit dizzy or wants to vomit. This emoji is somehow similar to the face vomiting emoji. However, this depicts that the person is trying it’s best not to throw up yet.

Are your sinuses acting up? Do you have a bad case of rhinitis? Nothing best describes what you’re experiencing right now than the Sneezing Face emoji. This emoji shows the face of a person sneezing.

Having the common colds could make your life harder and type slower, so better use this emoji by a simple tap to show how you’re holding up. However, messaging platforms also offer various mouth and brow expressions. Send this to one of your friends when you can’t stop sneezing, and who knows? Maybe they’ll drop by for a visit.

Lastly, the exploding head shows if you have a headache. The mushroom-shaped clouds on exploding from its head signals that you might be experiencing a migraine or fever. The emojis shocked expression could also say that you’re busy doing many things.

The exploding head emoji comes with an open mouth, so if you feel shocked by the current events or news, you could also use this emoji for that. If your friends tell you a pretty exciting gossip or fact, describe your mind blown expression with this emoji too. Some also use this emoji to show if they are unable to comprehend something.

Communicating should be fast and easy. With the emojis available at Emojiguide, you can tell your friends and family about what you’re feeling, especially now with the coronavirus crisis. Don’t take so much time to find the right words when you are sick. Just find the right emoji when you’re feeling under the weather, and you’ll get your message across in no time.